I have a thing for tiles, really, I’m not just quoting the popular hashtag. I cannot get enough of it. I can spend hours scrolling through Pinterest looking through pictures of beautiful patterned tiles. During my last trip to Lisbon, I saw so many of these patterned tiles everywhere; on the streets, on floors, on apartment buildings, and it got me thinking – Singapore could’ve been this way if we didn’t tear down all those shophouses in the 1970s and 80s to make way for the tall urban buildings we see all around us today.

Thankfully, we realized soon enough that these shophouses are a big part of Singapore’s heritage and are now protected and gazetted as conservation buildings.

England was the largest tile producer in the late 19th century and they exported many tiles to their colonies across the world including Malaya and India hence we had quite a number of tiles from England. Some were from Belgium and nearly a third of the tiles in Singapore came from Japan in the early part of the 20th century. Japanese manufacturers made these tiles specially for their Chinese and Peranakans (Straits Chinese of Chinese/Malay descent) customers in South East Asia so many had motifs of fruits, flowers and birds considered auspicious symbols for example promegranates, peaches, pineapples, grapes, peonies, narcissus, plum and peach blossoms, peacock and magpie among others. In fact, they were so auspicious that some of the wealthy families would decorate their tombs with these tiles.

Where to find Peranakan Tiles

Where to find these elusive Peranakan tiles in Singapore? Honestly, it’s not a common sight now but you can still find them if you know where to look. Here’s a list of places where you can have a glimpse of them. 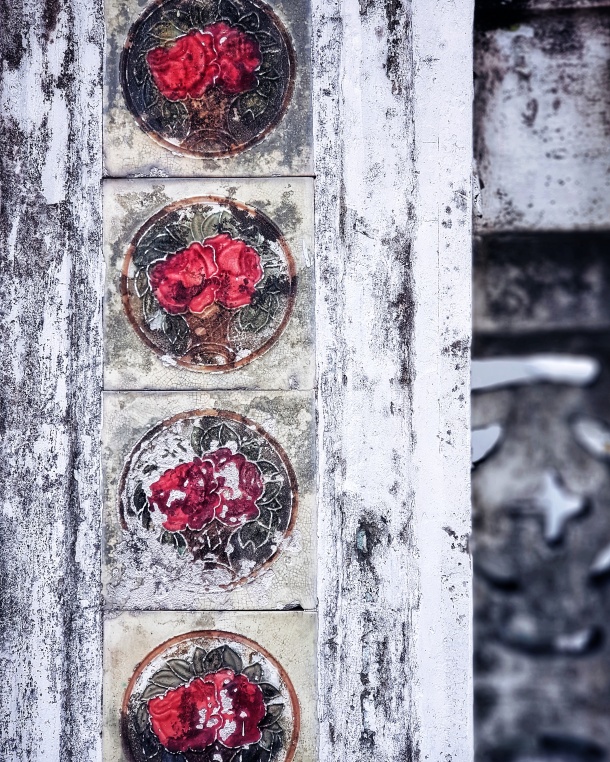 Want to take home these Peranakan Tiles? Pay a visit to the Peranakan Tiles Gallery. When shophouses were being torn down in the 1970s, Victor Lim, salvaged some of the tiles that once decorated these shophouses. Today, Victor has a shop located beside the Thian Hock Keng Temple where you can buy authentic vintage tiles or replicate them for your home.

There are over 800 restored tiles collected from demolished shophouses in the late 70’s in this gallery. According to Victor, most tiles found were imported from Japan and earlier types were imported from Europe including the UK and Belgium.

Some of the tiles you find here are so rare. I especially love the ones of religious symbols, peonies and fruits.

The process of cleaning the authentic tiles.

Click to see close-up of price list. Tiles are listed from “Common” to “Special Collection” according to country of origin. They make beautiful gifts especially for nostalgia, keepsake, for a fellow tile/vintage lover. I suggest that you purchase a tile with a frame or corners so you take it with you in case you shift homes. Framed tiles also enable you to shift it around the house. 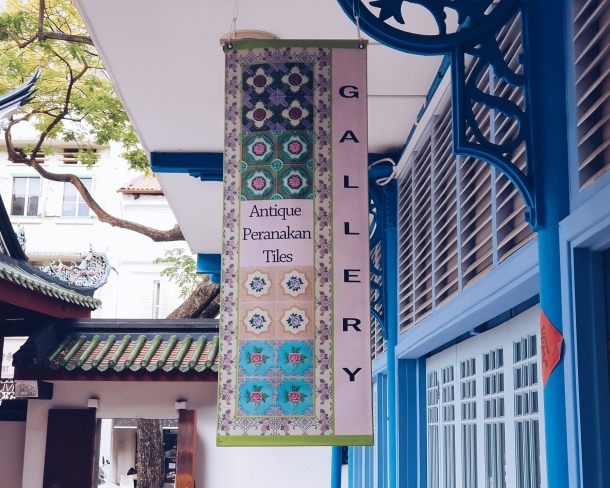 If you love tiles as much as I do and if you’d like to learn more about them, more information and pictures can be found in this book – Peranakan Tiles by Anne Pinto-Rodrigues and Victor Lim. It can also be another addition to your home as a coffee table book alongside your tile collection.

One response to “Peranakan Tiles in Singapore”

How to Save Money and Time Grocery Shopping