On this episode of A Springtime Story, we visit The Great Wall of China (one more off The Bucket List!), The Ming Tombs, have yet another amazing hotpot dinner and more of what goes on around Wangfujing at night.

The Great Wall of China is a series of fortifications made of stone, brick, tamped earth, wood, and other materials, generally built along an east-to-west line across the historical northern borders of China in part to protect the Chinese Empire against intrusions by various nomadic groups. Several walls were being built as early as the 7th century BC, later joined together and made bigger and stronger, now collectively referred to as the Great Wall. Especially famous is the wall built between 220–206 BC by the first Emperor of China, Qin Shi Huang. However, little of that wall remains. Since then, the Great Wall has on and off been rebuilt, maintained and enhanced, the majority of the existing wall are from the Ming Dynasty. Other purposes of the Great Wall have included border controls allowing the imposition of duties on goods transported along the Silk Road, regulation or encouragement of trade and the control of immigration and emigration. The defensive characteristics of the Great Wall were enhanced by the construction of watch towers, troop barracks, garrison stations, signalling capabilities through the means of smoke or fire and the fact that the path of the Great Wall also served as a transportation corridor. The main Great Wall line stretches from Shanhaiguan in the east, to Lop Lake in the west, along an arc that roughly delineates the southern edge of Inner Mongolia. Archaeological survey found that the entire wall with all of its branches measure out to be 21,196 km. 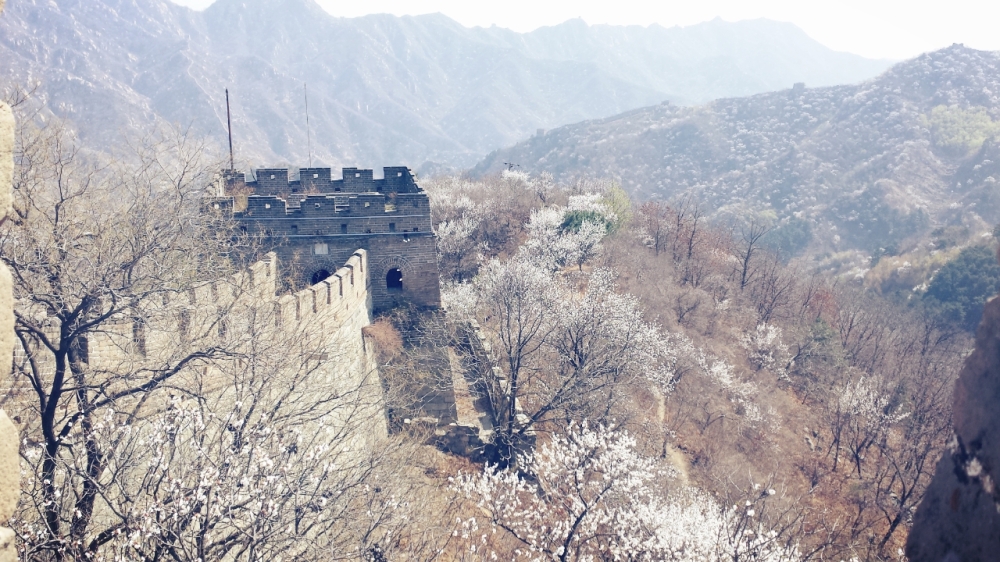 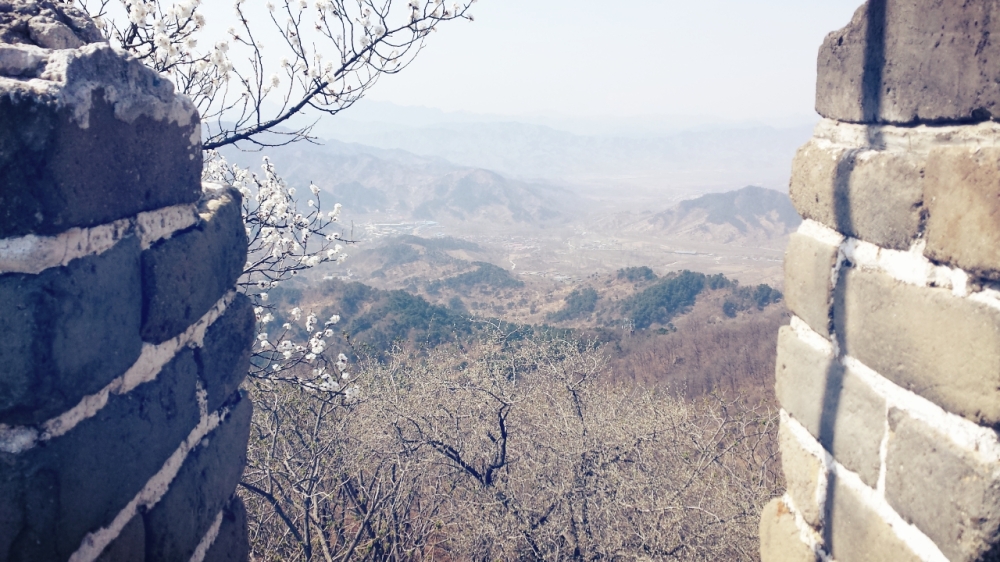 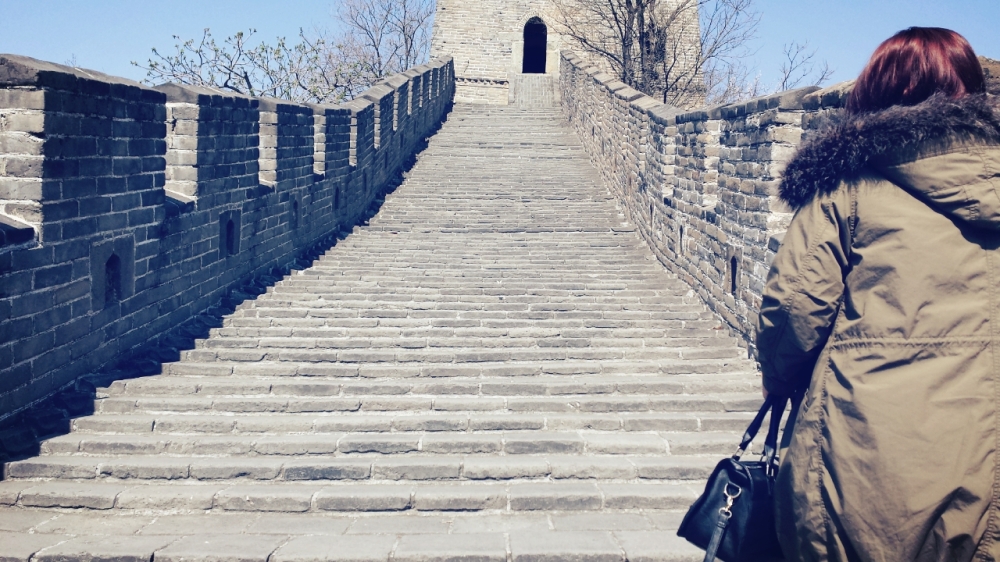 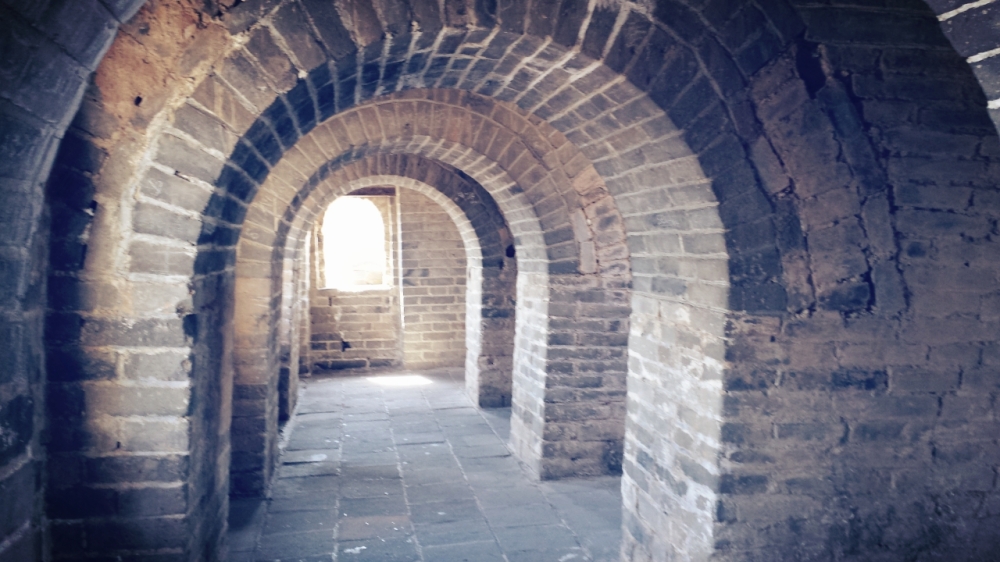 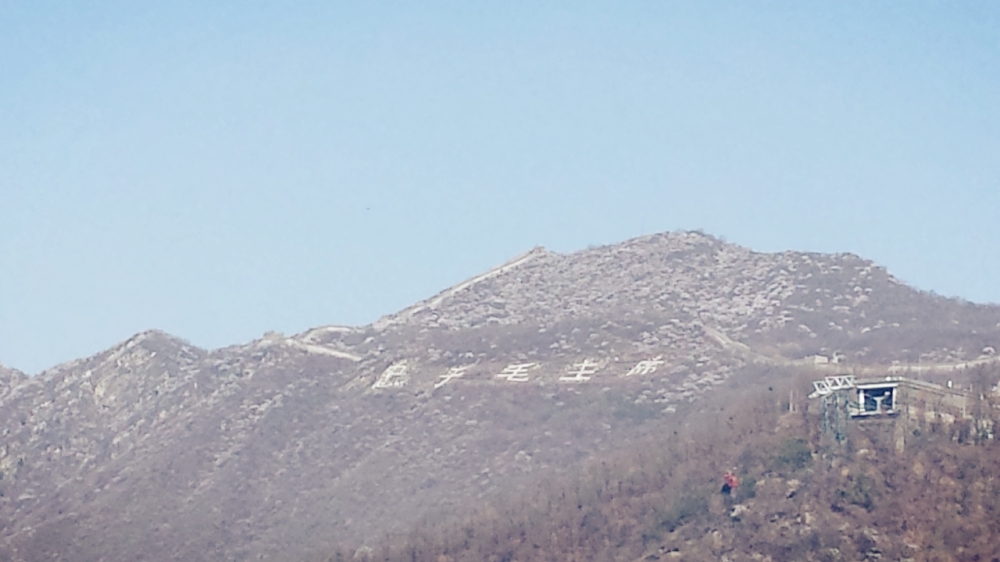 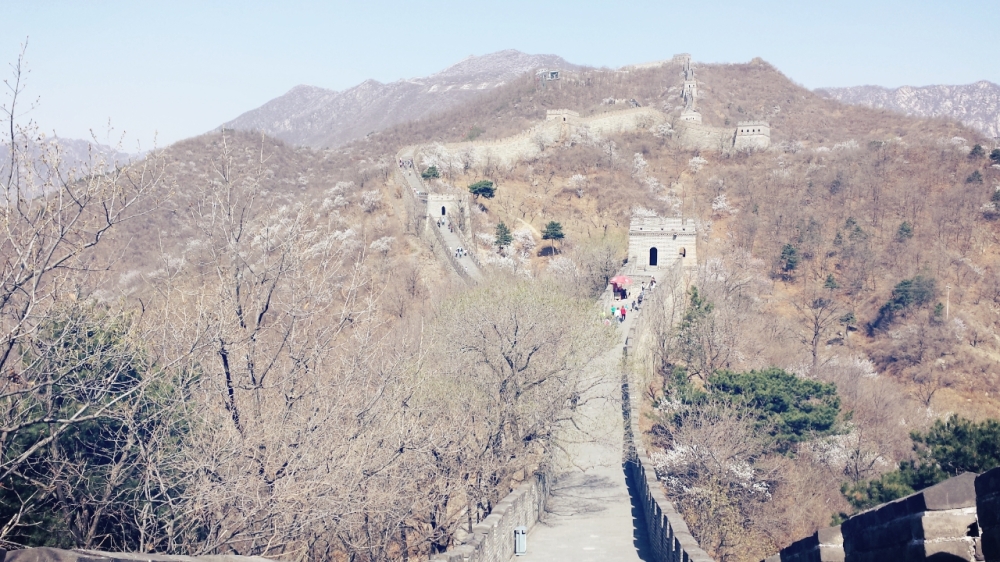 The Great Wall really earned its name. The sight was awe inspiring. Breath taking. Majestic. As much as I’m very pleased with how the photos turned out (our guide, Pao, was very experience and knew Mutianyu well with good photographic skills), they do not give justice to how incredible the scenery was. I’ve never thought I’ll ever be so fortunate to step onto one of the wonders of the world but to do it with one of my best friends was a memory made that I can never replace. 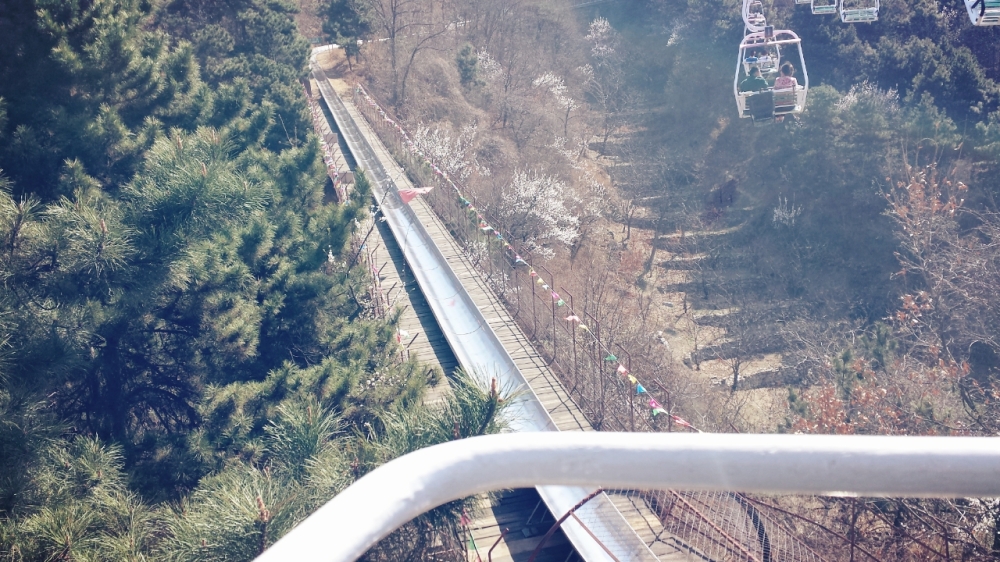 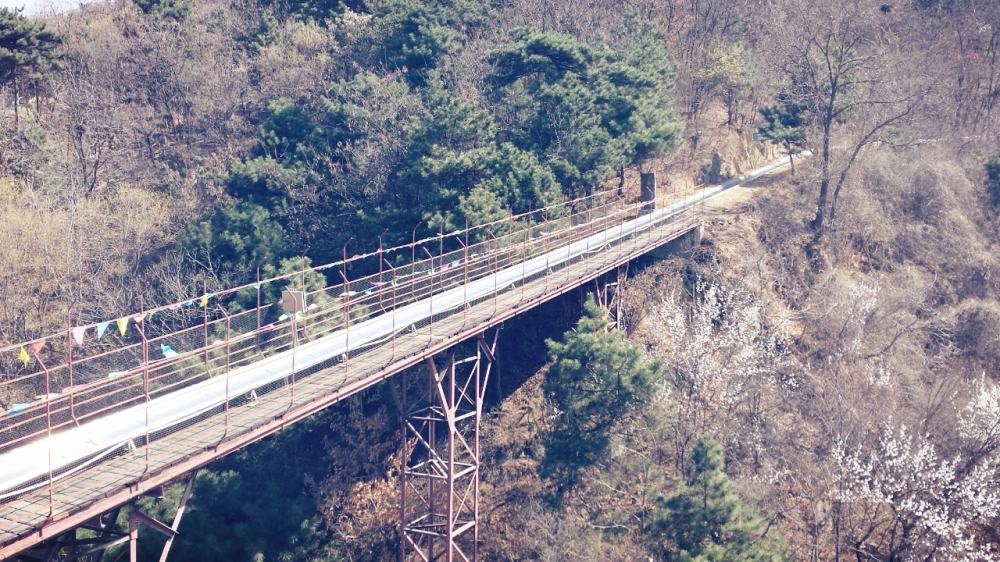 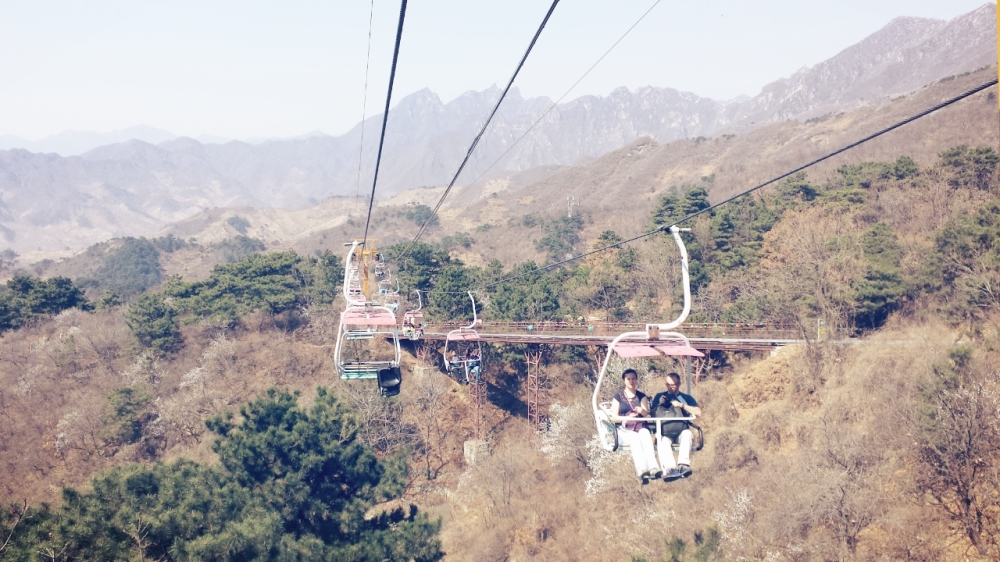 Why didn’t we take the luge? Simple – we were too chicken. I can’t even take Sentosa’s luge down without getting stuck halfway, what more with this one from the friggin Great Wall?! I can just imagine not being able to move and some Chinaman comes by on his luge, slams into my luge and I’ll go flying down the never ending hills from the top. No. Take us on the skyride please.

Oh and by the way, as the announcement said if you’re taking the luge, “No stopping, no photo”. How can you not take pictures of this beautiful view? So no, we’re taking the skyride. Didn’t take as many pictures as I thought though. I was afraid that my S4 would slip off my hands and fall to its death never to be seen again. Yes, you figured, I don’t have a fear of heights, I have a fear of stuff falling from heights. I’m weird like that.

After a long morning, we had lunch at a quaint little restaurant and art-studio called the Schoolhouse at Mutianyu. This use to be an abandoned primary school, now owned by Beijing expats from America who turned it into a restaurant. 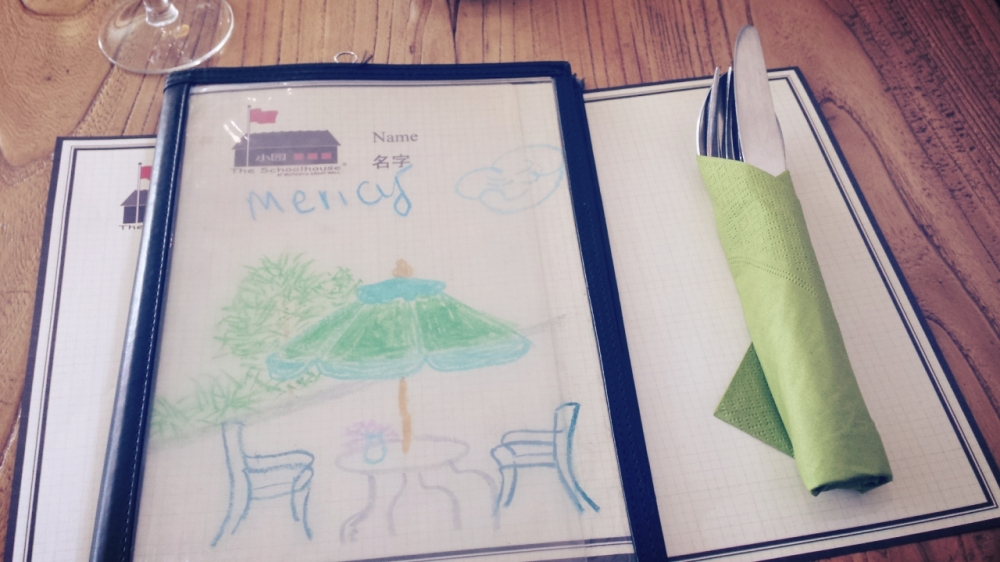 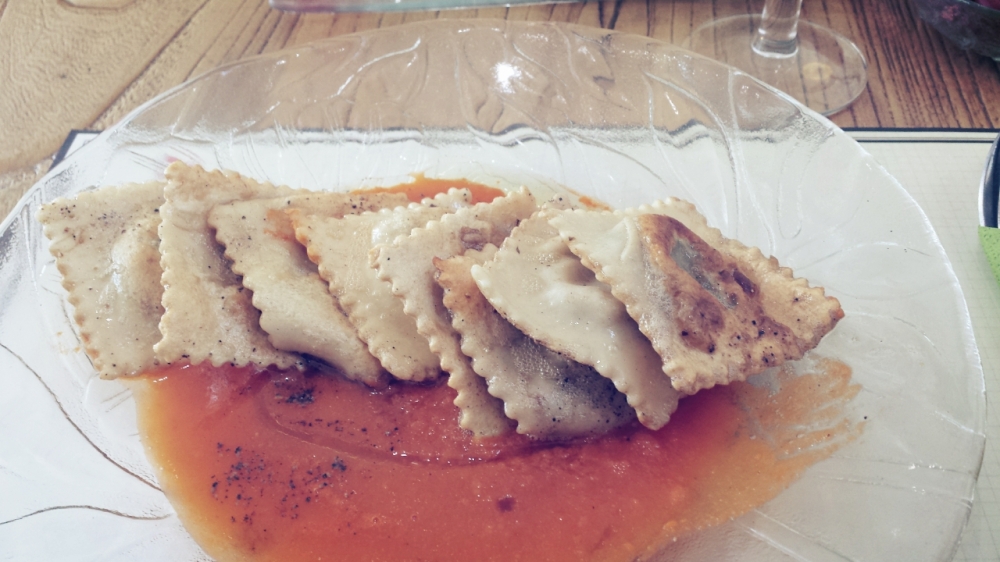 Food served here are mostly western cuisines to cater to foreigners and the place was clean. I also had my first taste of Beijing’s Yanjing beer. Surprising how it tasted sweet! I don’t like beer due to how bitter it is on my taste buds but of all, I can tolerate a Chinese brand beer, lol.

The Ming tombs are a collection of imperial mausoleums built by the Chinese Ming dynasty emperors. The first Ming emperor’s tomb is located near his capital Nanjing. However, the majority of the Ming tombs are located in a cluster near Beijing and collectively known as the Thirteen Tombs of the Ming Dynasty. The site, on the southern slope of Tianshou Mountain was chosen based on the principles of feng shui by the third Ming dynasty emperor Yongle (1402–1424). It was he who relocated the capital of China from Nanjing to its present location in Beijing. After the construction of the Imperial Palace (Forbidden City) in 1420, the Yongle Emperor selected his burial site and created his own mausoleum. The subsequent emperors placed their tombs in the same valley. From the Yongle Emperor onwards, 13 Ming dynasty emperors were buried in the same area. The Xiaoling tomb of the first Ming Emperor, Hongwu, is located near his capital Nanjing, the second emperor, Jianwen was overthrown by Yongle and disappeared without a known tomb. The “temporary” Emperor Jingtai was also not buried here as the Emperor Tianshun had denied him an imperial burial, instead, Jingtai was buried west of Beijing. The last Ming emperor buried at the location was Chongzhen, who committed suicide by hanging was buried in his concubine Consort Tian’s tomb which was later declared as an imperial mausoleum Si Ling by the emperor of the short-lived Shun dynasty Li Zicheng, with a much smaller scale compared to the other imperial mausoleums built for Ming Emperors.

During the Ming dynasty the tombs were off limits to commoners but in 1644 Li Zicheng’s army ransacked and set many of the tombs on fire before advancing and capturing Beijing in April of that year. Presently, the Ming Tombs are designated as one of the components of the World Heritage Site, the Imperial Tombs of the Ming and Qing Dynasties which also includes a number of other locations near Beijing and in Liaoning province. 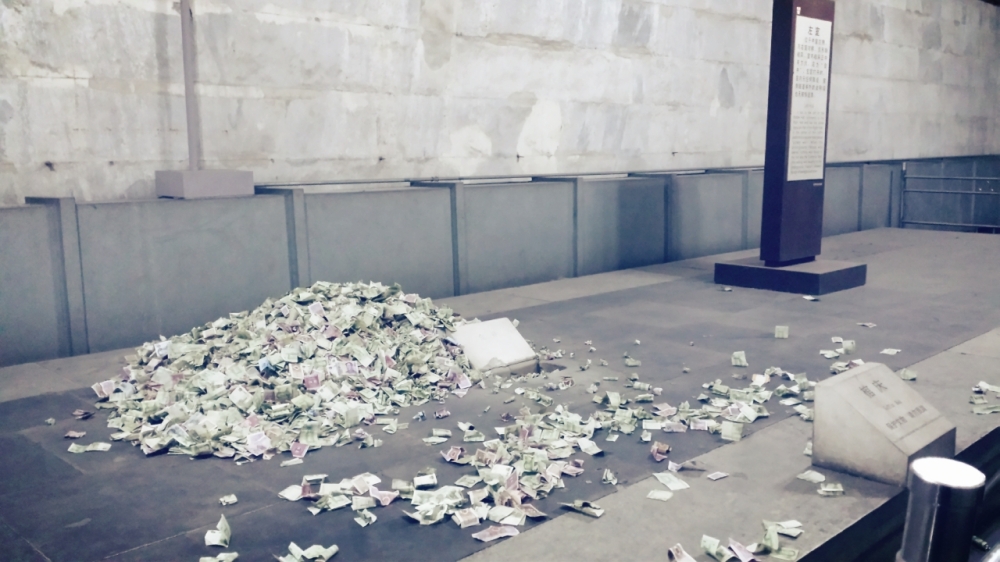 The size of an emperor’s tomb is bigger than the size of the whole Chua Chu Kang cemetery, probably even bigger than the entire Chua Chu Kang with mountains, trees and lakes. Wow. Yet another spectacular view and amazing experience. One thing I realise about China just from my second day being here was that everything’s big. No, huge. Roads, buildings, monuments (the Great Wall can even be seen from space, beat that!) and even cemeteries especially those that belong to the emperors.

After the long journey back, we took a break before heading out to dinner with Amir and Elham.

We took a cab and decided to explore the streets a little to find a cosy dining spot. Settled for a Yunnan hotpot dinner. 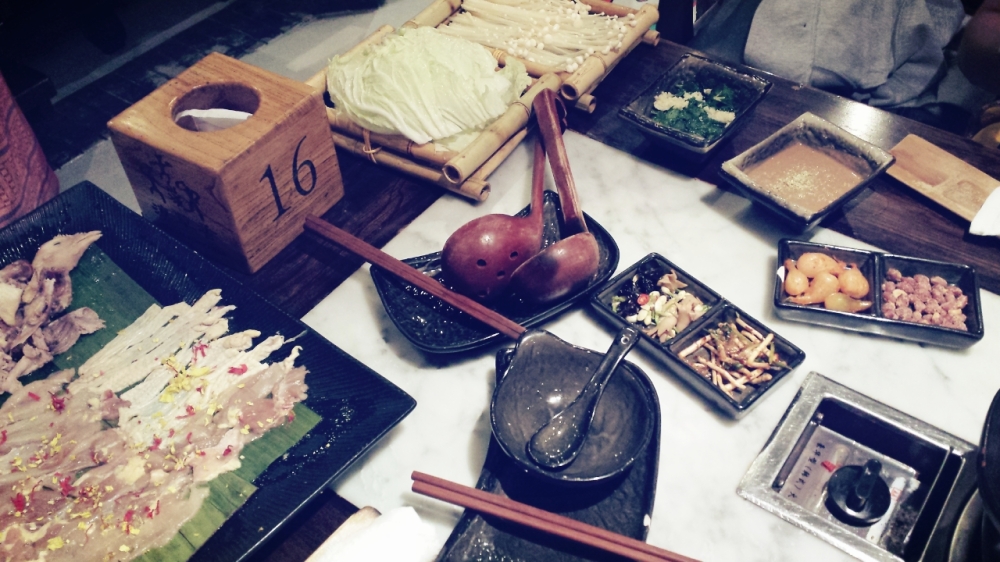 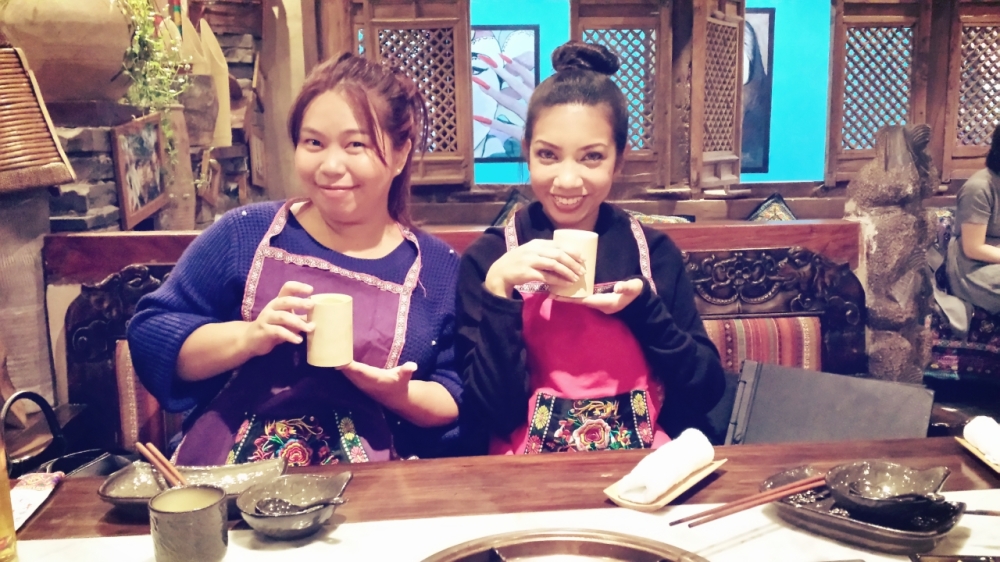 Us in Yunnan aprons. It was Zizi’s and my second hotpot dinner in Beijing and Amir and Elham’s first. But it was my first Yunnan hotpot, an adventurous pick for dinner but thoroughly enjoyed it. Watching Elham’s expression with the sauses and mala was very entertaining too, lol.

Heading home from our filling and satisfying dinner, walked the streets near our hotel on another attempt to look for mineral water (this time, for a safe local brand) and spotted this… 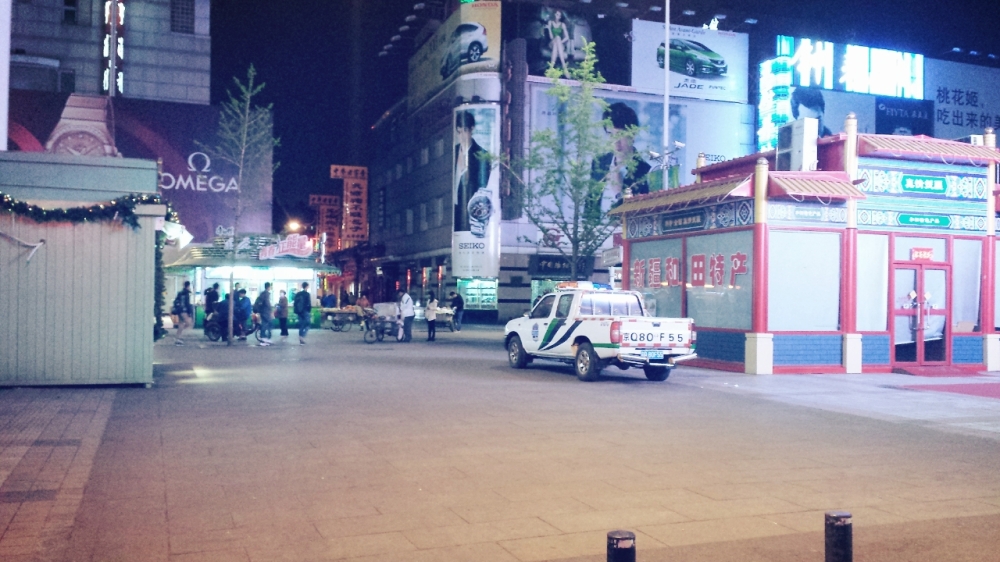 Illegal street vendors selling sweets and toys. But when the police arrive, they disappeared within a second in a blink. Literally! I didn’t even see where they hid. Then just when the police left, they all started to come out again from dark lanes and continued their business as usual without a care. We found it very amusing.

So that was a very fruitful and memorable second day in Beijing. Tune in to more of A Springtime Stories for more exciting Beijing moments.

Must-See Masterpieces at the Prado Museum

How to Save Money and Time Grocery Shopping 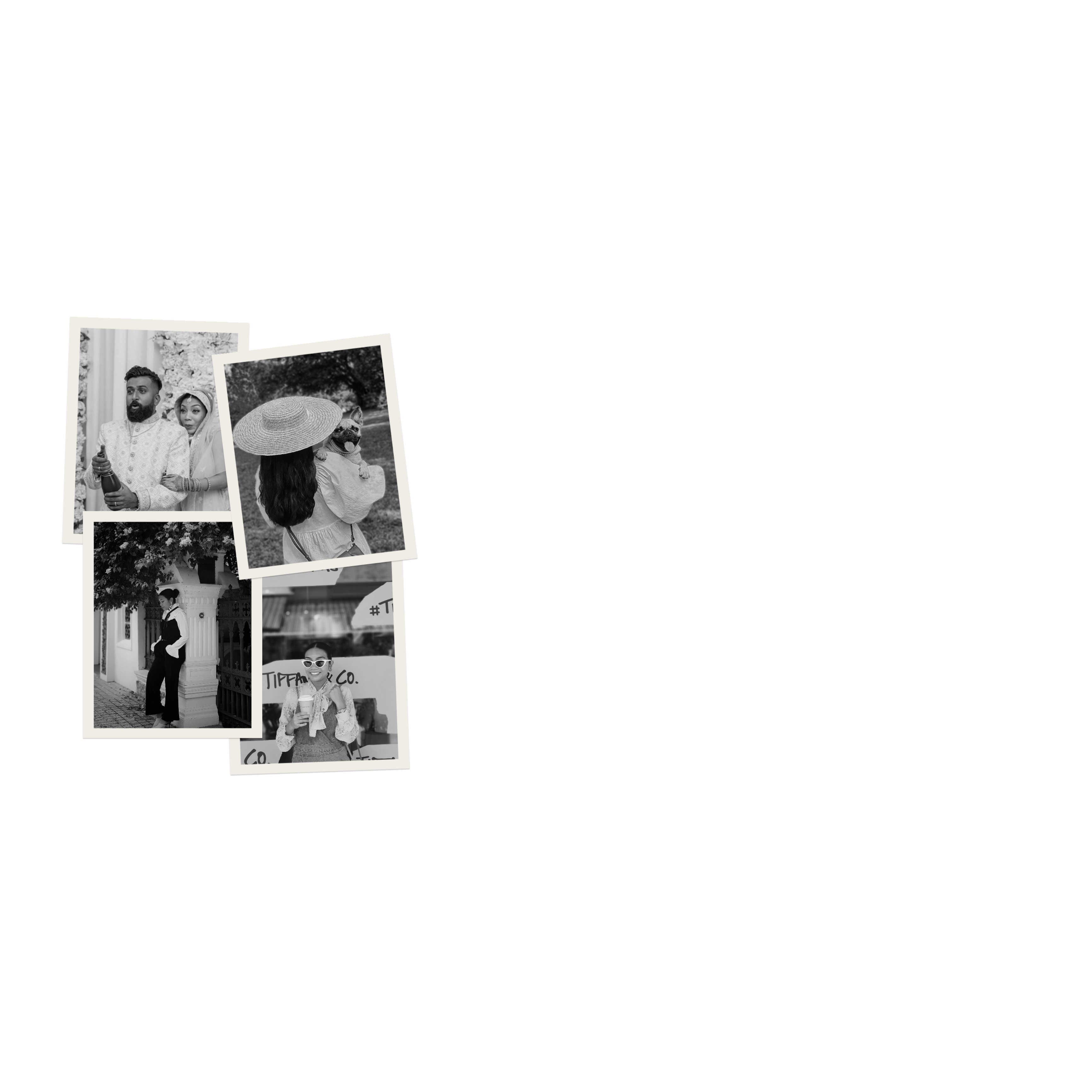