On our final episode of A Springtime Story, we visit the majestic Forbidden City, get photo-bombed (as usual) and go in search of the lane with some exotic finds and food before we headed home to Singapore.

The Forbidden City was the Chinese imperial palace from the Ming dynasty to the end of the Qing dynasty. It is located in the center of Beijing and now houses the Palace Museum. For almost 500 years, it served as the home of emperors and their households, as well as the ceremonial and political centre of Chinese government. The complex was built in 1406 to 1420, consists of 980 buildings with 8,886 bays of rooms and covers 180 acres. It was declared a World Heritage Site in 1987 listed by UNESCO as the largest collection of preserved ancient wooden structures in the world.

As the residence of the emperor who were his earthly counterpart, no one could enter or leave the palace without the emperor’s permission hence the name ‘Forbidden City’. 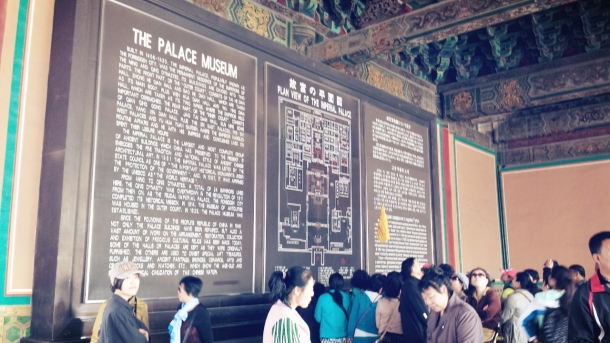 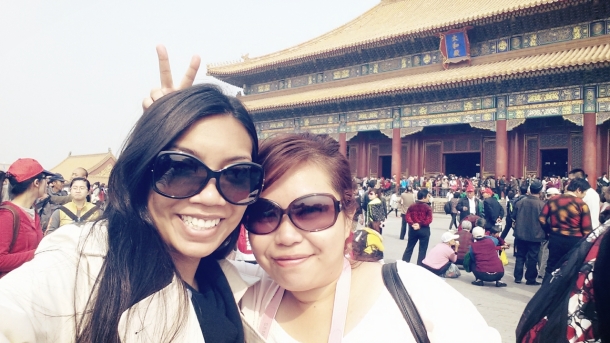 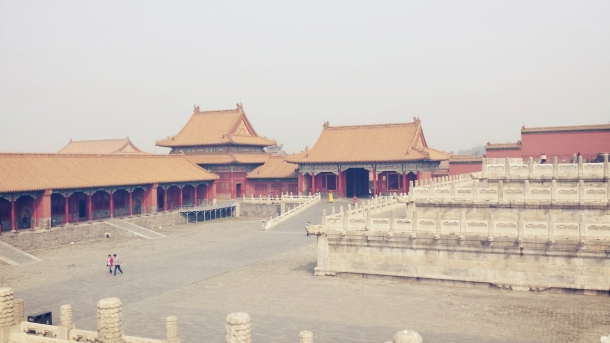 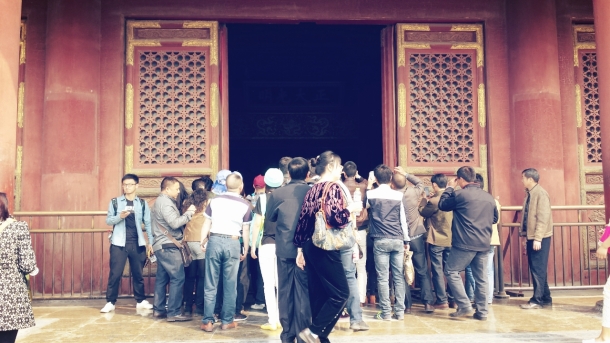 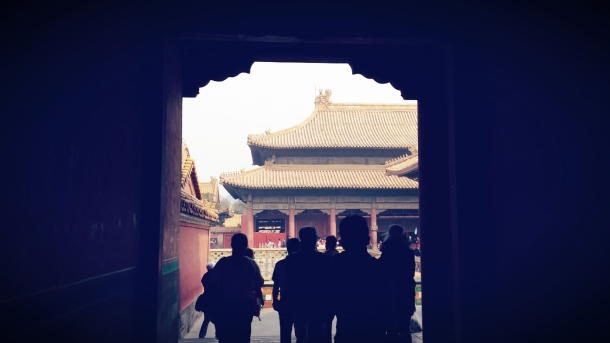 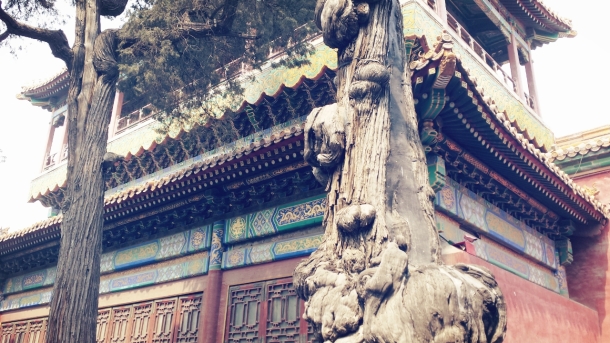 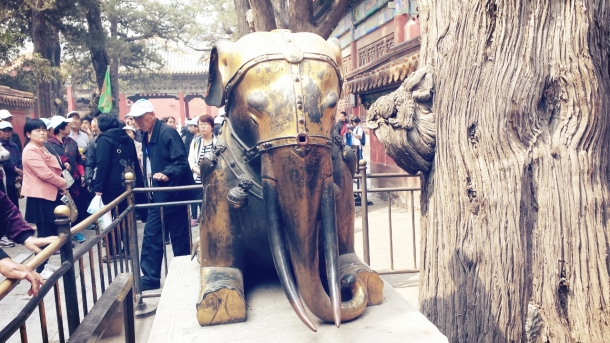 I spent most of my time in the Forbidden City snapping photos because there is just no words to describe how amazing this place is -its huge! Massive! Every inch of the palace was covered in intricate design. To think that we could’ve missed this, I’m so relieved we managed to walk through this magnificent place. Didn’t get to snap pics of the rooms though because the pushy crowd was just too scary for me to handle. As for the photo bombers, we’ve kinda gotten to use to it by now.

Here we are back at Wangfujing taking in our last sight of the big open roads and buildings. We bid farewell to Amir and Elham as they were catching the earlier flight (see you back in Singapore!) while Zizi and myself stuck around the familiar streets of Wangfujing. 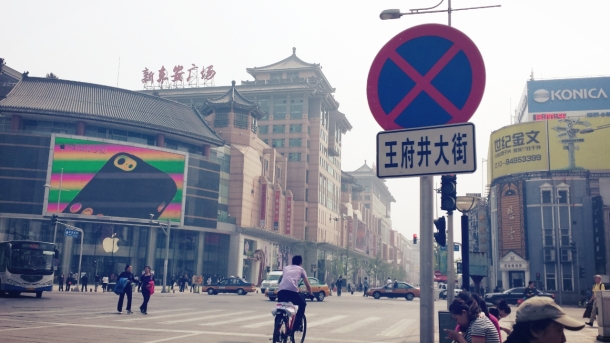 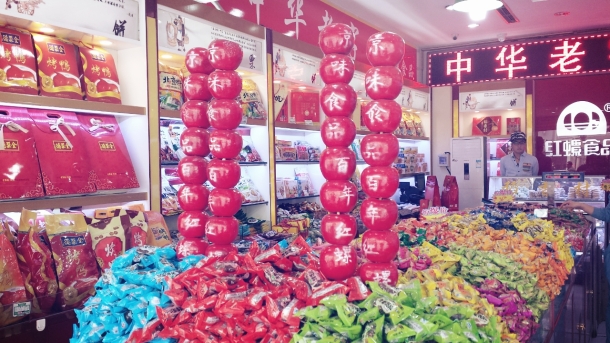 We were told by the boys that they came across a lane in Wangfujing that has exotic food on their first day here, so Zizi and myself were interested to check it out. 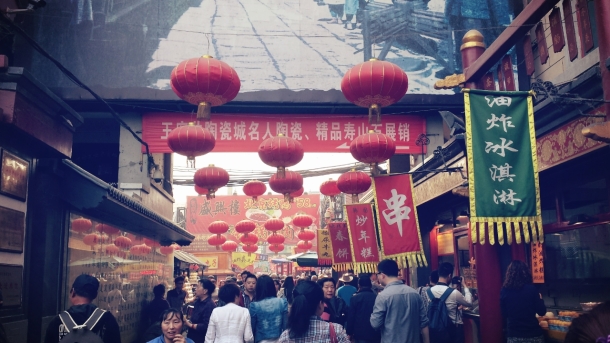 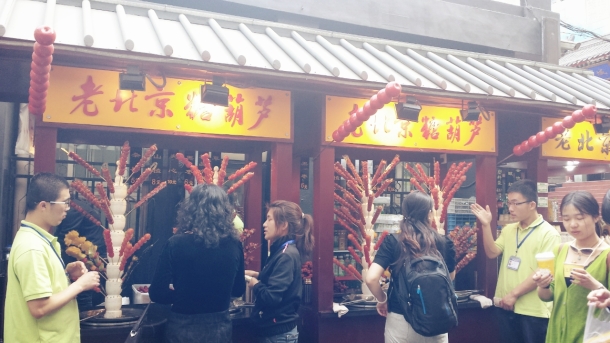 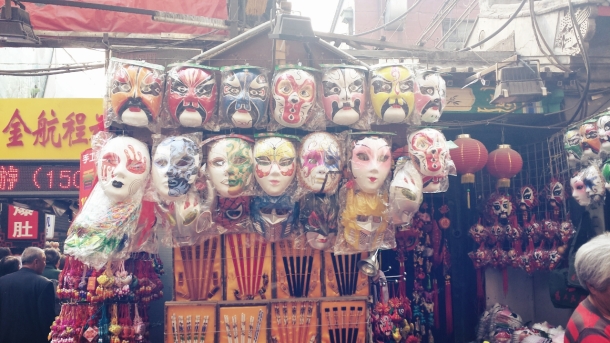 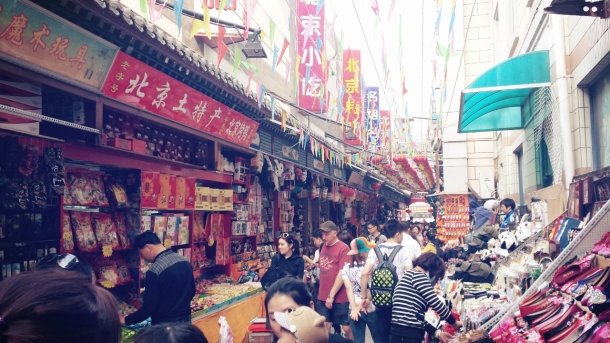 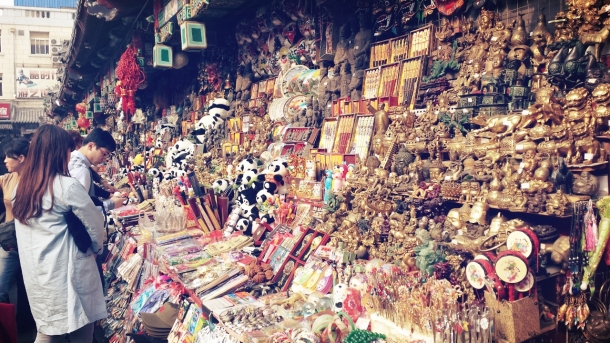 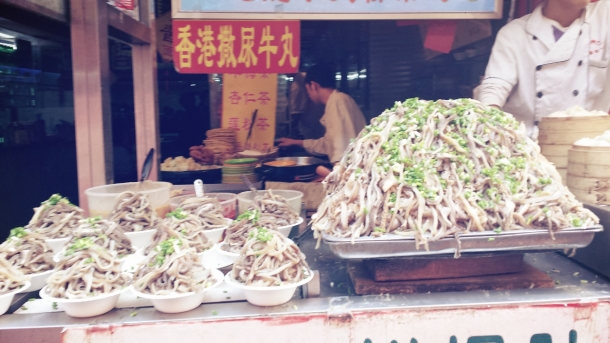 Its like Fear Factor exploded all over the lane. Lizards, scorpions, grasshoppers, starfishes, snakes, beatles… *gag. Of course we never ate any of them! There wasn’t really a crowd of people buying those ‘food’, but many of us were snapping away. Must’ve pissed the shopkeepers off, hehe.

Before I end this post, these are just some of the souvenirs I got from our time spent in Beijing. 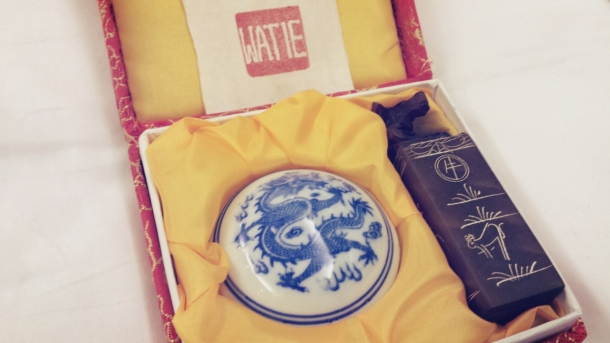 A personalized Chinese seal set with ink pad. I love this so much! It has my Chinese birth sign (the ox) and my ‘traditional’ name carved into it on the spot. They could translate your name into Chinese characters but I decided not to go for that option in case it meant something off in Mandarin. 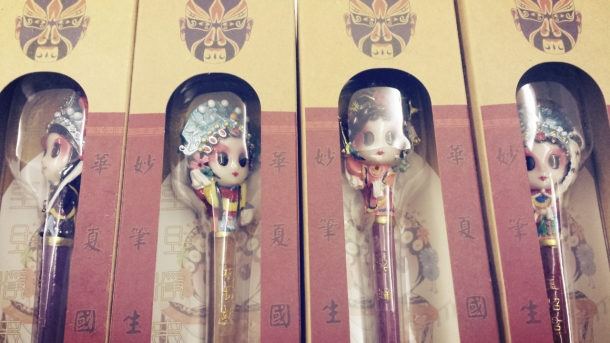 These pens I got as souvenirs for my colleagues. They were the Beautiful Ladies of ancient China so I thought it was fitting for my ladies since we work in the industry where looking and making women look beautiful is part of our daily routine.

I picked out this simple bangle amongst a pile of them in a quaint little shop in the Hutongs (same shop I got my Beautiful Lady pens). I love taking home a piece of jewellery from places I’ve travelled as memorabilia. It gives my outfit personality, no one else on the street will have the same thing and I feel a sense of achievement whenever I wear it.

So we’ve come to the end of A Spring Story Series. I’ve certainly had an adventure and I’m sure my dear friends Zilin, Amir and Elham did too. I hope you’ve enjoyed reading it and to more travel stories ahead!