I met Shine in 2012 on a random weekday evening while I was on the way to class. We were both 27 and were coming out of a troubled time in our lives. Now, Shine and myself are both 31 and planning our wedding.

Most couples I know got married in their 20s or married their high school sweetheart so they’ve known their other halves for quite a significant period in their lives. They would’ve watched each other grow together (or separately). Shine and I got to know each other a little later. Sometimes, as I lay in bed, I can’t help but wonder, what if I had met Shine earlier in my life? How would things be like?

If I can choose to rewind the clock to a particular year, it would be 2010. This was the year my life was beginning to crumble. The year I had gone through my first operation and was given a terrible news on my 25th birthday. Little did I know then that this would’ve been the least of all my problems. What if I have met Shine then? Would it save me from a lot of trouble and heartbreak? Who was Shine back then? I did a little snooping and here’s what I found. 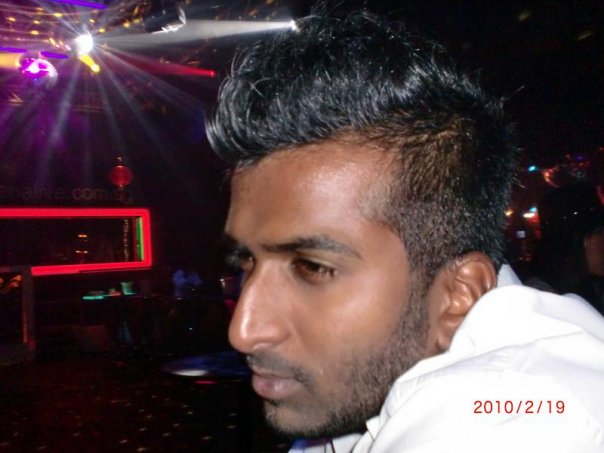 PS: OMG baby, every pic of you was drinking and clubbing. Tsk, tsk, now you’re facing the ‘after effects’, lol.

He was this person.

Cute as he was, I’m quite certain I wouldn’t have fallen for him then. I would’ve thought that he was a player, had a lot of girlfriends and I wasn’t one to compete with other women for a man. Besides, I was attached to a compulsively possessive person at that time so I wouldn’t have had the mental energy or guts to be with someone like Shine was back then. Or would I? Maybe if he smiled or pulled the same moves on me like he will two years later? Or would he even be attracted to me? 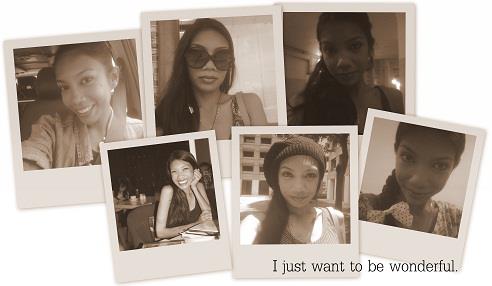 PS: This was a photo collage I did in 2012 before I shut down my previous Facebook account due to a stalking/hacking incident (ya la, I had a lot of issues). Photos prior to 2012 are almost non-existent now. So this one is one I really hold dear.

Even if he was, I doubt he would be ready to face the hell I will go through for the next two years. It just wasn’t the right time to meet.

Looking at his photos then, I can’t help but feel that at some point, we must’ve been in the same area but just didn’t meet face to face. We went to the same shopping centres and same clubs, he even have relatives who know mine and he went to the same school with my cousin.

In so many aspects, meeting Shine that day was by chance and fate. I could’ve still been in a abusive relationship. I could’ve not taken that train to class that evening. I could’ve chosen to ignore him. I would’ve not known him. I don’t know what my life would be like now if we didn’t cross paths that fateful evening. I guess we were meant to meet when we did, at the right time in both our lives.

So if you’re still single and wondering if your soulmate is out there, he/she could be going through something in his/her life at this very moment. You’ll meet him/her at some point later, when you least expect it, when God decides you’re both ready. Who knows, your soulmate might be just around the corner, buying groceries in the same supermarket or someone in your family may already him/her? Destiny works in miraculous ways.

2 thoughts on “What If We Met Earlier?” During this virus outbreak, instead of having carbonated drinks to go with our dinner, we're having @threelegsbrandsingapore Cooling Water to prevent heatiness especially after a long day at work. Got him his favourite flavour - #Cooltopia Lime🥝💦 . We're avoiding large gatherings and eating out which means more home cooked meals and staying home when it's not necessary to go out. . Remember to practice basic hygiene, build our immune system and stay healthy and hydrated 😷🤲🏽🧼 . @partipost #Partipost #sp #ThreeLegsBrand #coolingwater #Cooltopia #capkakitigamy #coolingwaterxcoronavirus
Periods are the worst time of the month but you'll feel a lot better with organic period products from @luuna.naturals. Ditch those plastic pads filled with pesticides and dioxin which can cause hormonal imbalance, endometriosis and even cancer and chances are you've been using them because they are found in many big name period care products🤯😱 . I love that LUÜNA is not only safe for our bodies and our planet but they respect and understand that every woman is unique and we have the right to choose our preferred period care products and know what goes into them with #NoMoreSecrets 🌼🌍 . You can have your cotton pads, liner and tampons delivered to you every 3, 6 or 12 months (to reduce carbon footprint) through a Subscription Box or you can choose to get a Menstrual Cup which has seriously changed my life. Swipe➡️ to the end for a brief tutorial or head over to the blog (link in bio) for the complete guide to Organic Period Care and Menstrual Cups. . For every subscription or menstrual cup purchased, LUÜNA donates a menstrual cup and educational workshop to low-income women and girls. Let's spread some love💕 . #luunanaturals #organicperiodcare #sustainableproducts #organicproducts #menstrualcup #subscriptionbox #womenshealth #clozette #starclozetter #discoverunder6k #discoverunder7k
Pause. During the moments when life seems to be moving at 100 miles per hour. Pause. Take it all in right where you are now. Remind yourself you are doing your best and that's all you can do. Pause. Let any tension fall away and just breathe. You are doing better than you think🍷 . #selflove #selfcare #satc #MrMrsPrashant🏠 #homesweethome #homedecor #sghome #sghomes #btodesign #apartmentliving #barcart #clozette #starclozetter #discoverunder6k #discoverunder7k
Meet me where the sky touches the sea 🌊🌤 . #AnywhereWithPomelo #theresidencebintan #bintan #wonderfulindonesia #pomelogirls #pomelofashion #lookbook #clozette #starclozetter #dametraveler #discoverunder6k #discoverunder7k
Sunday mornings 🐝🌼 . #MrMrsPrashant🏠 #MrsPrashantKitchen🍋 #homesweethome #homedecor #sghome #sghomes #btodesign #apartmentliving #farmhousekitchen #clozette #starclozetter #discoverunder6k #discoverunder7k
How to say 'I Love You' this Valentine's Day with @danielwellington💘🎁 . @danielwellington just released a limited edition engraved ‘I Love You’ bracelet. Its sleek and elegant design makes a beautiful gift and complements your partner's DW watch too⌚💕 . PS: If you're looking for a last minute Valentine's Day gift, I still have a discount code you can use along with the I Love You engraving and Red Ribbon Wrapping. Promise I won't tell 🤐🤞🏽 . Specially for You❤: Quote lovebellavida to get 15% OFF when you purchase from www.danielwellington.com (link in bio) or at any retail stores in Singapore & Malaysia with complimentary Red Ribbon gift wrapping. . *Promotion from 31 Jan to 17 Feb 2020. . #ValentinesDay #DanielWellington #DWinSG #DWSingapore #vdaygifts #gifting #giftideas #MrMrsPrashant #lookbook #clozette #starclozetter #discoverunder6k #discoverunder7k #ad #sp
I've had myopia since I was a child and it has increased as the years went by. Now that I'm in my 30s and often on the desktop/mobile phone, my eyes tend to feel tired too especially after a long day of screen time. So I'm glad to hear about @zeissvisioncare_singapore SmartLife Lenses. . The ZEISS SmartLife Lenses promises all-day visual comfort for your connected and on-the-move lifestyle, no matter your age or vision challenge. It provides ease of viewing and relaxed vision in all distance and directions and it's proven to provide high quality of vision 👀 . So eye checks are not new to me. However, my check up at @capitolopticalsg at Great World City was very thorough and detailed. I have learned so much about my eyes and vision and found out that my degree is slightly lower from my current lenses so I got myself new ones along with new frames, yay! Swipe➡️ to find out more about my SmartLife experience 🤓 . #ZEISS #zeisslens #capitoloptical #seeingbeyond #smartlife #clozette #starclozetter #healthsg #sghealth #discoverunder6k #discoverunder7k
Nothing but blue skies ⛅ . #AnywhereWithPomelo #theresidencebintan #bintan #wonderfulindonesia #pomelogirls #pomelofashion #lookbook #clozette #starclozetter #dametraveler #discoverunder6k #discoverunder7k
May your Sundays be like 🚲🌴 . #AnywhereWithPomelo #theresidencebintan #bintan #wonderfulindonesia #pomelogirls #pomelofashion #lookbook #clozette #starclozetter #dametraveler #discoverunder6k #discoverunder7k